Family entertainment at the end of the year together 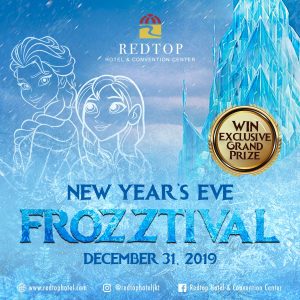 At 19.00 WIB, the highlight of the event was carried out with several neat performances from Princess Entertainment. The children can also play without getting bored at the same time in the foyer area of ​​the Grand Emerald Ballroom with various children’s games such as decorating t-shirts, bouncing castle, and various interesting games without limits.

REDTOP Hotels & The Convention Center is located at Jalan Pecenongan no. 72, Central Jakarta. Providing 390 rooms with various types of rooms such as Superior Room, Deluxe Room, Plaza Club Deluxe, Plaza Club Suite, Executive Suite, Dynasty Suite, and Presidential Suite. Besides that, REDTOP Hotels & The Convention Center has 14 meeting rooms and a Grand Ballroom to serve every need for meetings of various sizes.